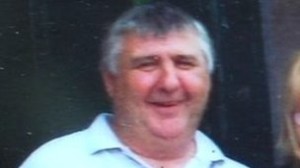 TWELVE men have been returned for trial accused of the manslaughter of a Catholic community worker almost five year ago.

Kevin McDaid was attacked outside his home in Somerset Drive, Coleraine, in May 2009 following a Rangers and Celtic match in Scotland.

The 12 suspects are also charged with the attempted murder of another man.

The court heard that an application has been submitted for a non jury trial.

Two other men were also returned for trial on lesser charges.

The district judge rejected defence submissions on behalf of one of the accused, Philip Kane, that he was merely present with no specific intent.

The judge said that in his view there were “no spectators in this case” and he was satisfied that all the accused had a case to answer.

He added that some witnesses had described the group that carried out the attack on Mr McDaid as a “mob”.

All the accused were granted continuing bail and they will arraigned next month.