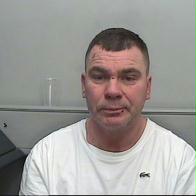 THREE Merseyside men were today sentenced to a total of 17 years for their part in a “sophisticated” plot to rob the home of one of Northern Ireland’s richest men.

The charge stated that the men, armed with an offensive weapon, namely cable ties, having entered the house on the Malone Road, did so with intent to steal.

Four other charges – conspiracy to rob and falsely imprison the Herbert family, conspiracy to burgle and going equipped for burglary – were remain on the books.

A prosecution lawyer told Belfast Crown Court that the three-man gang had been “under observation for a substantial period of time” by undercover police.

He told Belfast Recorder Judge David McFarland that on March 31, 2011, the men arrived in Belfast at 8.45 pm on a ferry from Stranraer in Murray’s Vauxhall Zafira car.

“Forty-five minutes later they booked into the Beechlawn Hotel under false names. They booked three rooms and paid for this by cash.”

He said that the following day the trio appeared to take part in a “reconnaissance operation” of the target property on the Malone Road near the House of Sport in the Zafira car.

The court was told that the seven-seater vehicle then pulled into the car park of St Patrick’s Church on the Drumbeg Road and the trio walked along a tow path towards the “target” house as part of the “recce”.

“The Vauxhall Zafira was fitted with false Northern Ireland number plates in a clear attempt to avoid detection,” said the Crown lawyer.

Judge McFarland was told that following the reconnaissance on the house, the suspects, who were under covert sureillance, returned to the church car park and drove back to the hotel.

A further reconnaissance operation was carried out April 2 when the three suspects parked again in the church car park and walked to the Herbert’s home.

The prosecution lawyer said: “All three males entered the garden of the target premises for around an hour and a half. They were under observation by police and they were casing the property.” 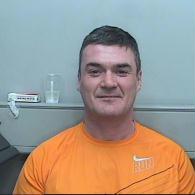 A third “reconnaissance mission” was carried out by the accused on April 3. They left the hotel in the Zafira around 9pm to “case the properaty again”, said the lawyer.

The court heard that on April 4, all three men left Northern Ireland in the people carrier vehicle and took the ferry back to Stranraer.

Four days later on April 8, the three suspects caught the Holyhead to Dublin ferry in the same Zafira car.

“The three same persons booked into the Beechlawn Hotel that evening. No credit cards were used and they paid in cash,” said the prosecutor.

“The car was observed around 8 pm in St Patrick’s Church Car park and the three male persons made their way along the towpath to the Malone Road to the target house.

“Entry was gained to the rear garden of the target house through a broke panel in the fence. One was carrying a rucksack and and they were observed by police carrying crowbars.

“Around 10.20 pm, police challenged them as it appeared they were about to leave the garden having not entered the house.

“Police effectively then had to trigger the arrest.”

The court heard that Barlow, who was wearing gloves and a balaclava, was detained in the garden of the house by PSNI officers.

Murray and Blundell fled and escaped through the broken fence but were arrested by police in New Forge Lane. They were also wearing gloves and balaclavas.

“Under their outer clothing they were wearing high visibilty clothing,” said the crown barrister.

A police search in New Forge Lane recovered a back pack which the court was told “appeared to have been deposited along the route the accused took” to the Herbert family home.

Judge McFarland was told that inside the back pack police found cable ties, knives, a screw driver, a lump hammer and a can of WD40.

The prosecution barrister told the court: “During a search of their hotel room a diamond testing device was recovered. False passports were also recoverd from the accused. 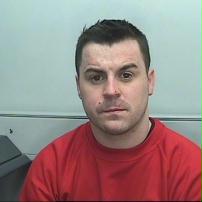 “This was a well planned operation by the accused which required areas of sophistication and was conducted over a number of days.

“It is important to say that this was countered by a sophisticated police operation.”

The court heard that the owners of the home had been kept fully informed of the operation from April 1.

Judge McFarland was told that in 2004 Blundell was jailed for eight years for two counts of aggravated burglary. His role, the court heard, was to keep a “look out” while the home was robbed.

Barlow was sentenced to 30 months in 2004 for a burglary offence.

Defence counsel for Murray said he was “deeply remorseful and ashamed” of his behaviour. He said only got involved after falling on “financial hardship in 2011”.

He said that Murray had written a letter to the owners of the home “expressing his heartfelt regret” for his actions.

Said counsel: “He accepts he is the author of his own misfortune. ”

Judge McFarland said it was clear the trio were planning to rob the home of a “high value target” which involved carrying “reconnaissance” on the house in south Belfast.

The judge said that it was a “sophisticatd operation” to rob the home but had been foiled by the police.

Judge McFarland added that events of April 8 had had and effect on the family who had feared their home was going to be robbed.

Blundell and Barlow were sentenced to six years, with three in custody and the remainder on licence following their release.

The judge sentenced father-of-four Murray to five years, with two and a half years in custody and the remainder on licence after his release.

The court also ordered the destruction of material seized from the accused for the robbery.

A disposal order was made for Murray’s Zafira car.