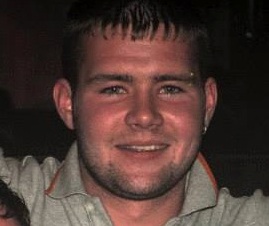 AN investigation has been launched after a 21-year-old man was crushed to death by machinery in a fish factory accident.

Health and Safety investigators are trying to find out how forklift driver Kara McCole met his horrific but tragic death at Sean Ward Fish Factory Exports Ltd in Killybegs, Co Donegal on Friday.

Local people say the communities of Killybegs and his home village of Inver are in mourning after Mr McCole’s untimely death.

Mr McCole was a hugely popular young man from Inver where his family has close links with the local St Naul’s GAA club.

Gardaí sealed off the scene after the accident while an investigation was carried out.

Social media sites have been inundated with comments following his death at the Sean Ward fish factory in Killybegs on Friday afternoon.

One friend said Kara was a “sound lad who always a good word for everyone and had time to speak to everyone” he met no matter how busy.

Another wrote: “He was an absolute gentleman, a young gentleman who will be sorely missed.”

The word ‘gentleman’ was repeated over and over again on social media sites to describe the young man.

The McCole family are at the heart of the Inver community which has rallied around them since the accident.

Kara’s father Donnie works with underage teams at St Naul’s where his other son Brendan plays while his mother Bernadine has been involved in community work.

Local independent councillor John Campbell said his community is “numb” after the death.

“I want to express my deepest sympathies to the family and friends of this young man,” said Deputy Pringle.

“It is just a dreadful tragedy for all of them.’

Last night Donegal GAA board said Kara will be remembered with a minute’s silence in MacCumhaill Park, Ballybofey on Wednesday night next before the Donegal v Armagh McKenna Cup game.

Patsy McCrory, another huge Donegal fan, will also be remembered.

He died in a car accident in Tyrone earlier this week.