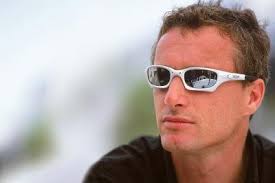 FORMER Formula One racing driver Eddie Irvine has been convicted of brawling with an Italian man in a Milan nightclub over a woman.

Irvine, who is from Northern Ireland, and Gabriele Moratti, the son of a former Milan mayor, were found guilty of “mutual injury”.

The pair had blamed each other for the dispute that took place in the VIP section of the club in December 2008.

Irvine, who was not in court, was sentenced to six months in prison.

It is not yet clear if the retired racing driver will actually have to serve time in jail.

Both Irvine, 48, and Moratti had accused the other of using a glass during the brawl in Milan’s Hollywood nightclub.

The Reuters news agency reported Moratti’s lawyer, Vincenzo Saponara, as saying the sentence was likely to be suspended and that neither man would go to jail.

Mr Saponara denied Italian media reports the two had fought over a woman.

The lawyer said: “Obviously it’s easy for newspapers to say they fought because of jealousy over a woman, that they were two men who were rivals for her.

“It’s a nice story. But in reality that’s not the case.”

Irvine drove for Jordan, Ferrari and Jaguar over a nine-year career in motor racing’s most prestigious sport.