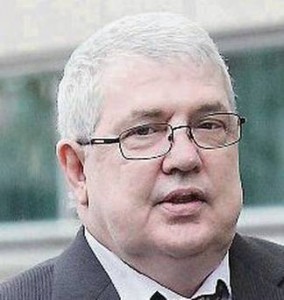 FORMER IRA man Liam Adams is to appeal against his conviction and sentence for raping and abusing his daughter Aine.

Adams, from Bernagh Drive, Belfast, was convicted in October of 10 offences against his daughter, Áine.

The 58-year-old was sentenced to 16 years in prison but will receive an automatic 50% remission.

Papers for his appeal were lodged on Monday, December 23.

However, no details have been given for the grounds for the appeal.

Legal sources said lawyers for Adams will have to convince appeal court judges that the trial judge Corinne Philipott QC misdirected the jury in her summing up of the case.

“You can’t just appeal it because you don’t like the jury’s decision. That is not a ground for appeal,” said a legal source.

“The primary ground for an appeal is that the judge in some way misdirected the jury in his her or her summing up.”

The abuse was committed over a six-year period between 1977 and 1983 when his daughter was aged between four and nine.

However, at his second trial, a jury of nine men and three women convicted Adams on all charges, following four hours of deliberation, with a majority verdict of eleven to one.

This was his second trial. The first trial collapsed in April for legal reasons.