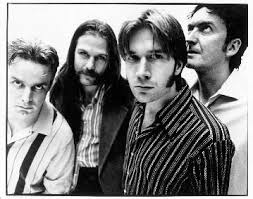 MUSIC lovers across Northern Ireland should note January 16 – February 2 in their diaries as one of the most exciting events in the year takes place just a short jaunt across the Irish Sea in Glasgow.

Celtic Connections is a world renowned annual festival which celebrates folk, grass roots and celtic music from across the globe and will offer enthusiasts an 18 day programme of outstanding entertainment that will include an array of styles across the musical spectrum and are sure to satisfy any taste.

The eclectic mix of music and entertainment on offer ranges from indie, jazz, soul and American to reggae, ska and latin/celtic fusion and with over 2,000 musicians expected to gather in Glasgow the event will be a must for music lovers of all tastes.

Celtic Connections will really come of age in 2014 as it celebrates its 21st anniversary and music fans can expect to hear big names such as Scotland’s very own Del Amitri, Glasgow five-piece Mogawi, multi Grammy winning singer/songwriter Mary Chapin Carpenter, Bobby Womack and Capercaillie who are currently celebrating their 30th anniversary.

Minty Woolgar, Marketing Communications Manager for Glasgow City Marketing Bureau explains why it is worth the short journey to Glasgow to attend the festival.

“This year Celtic Connections promises to be bigger and better than ever before as we have an unprecedented 2,100 artists performing at 300 events in 20 different venues around Glasgow including the newly built SSE Hydro, Glasgow Royal Concert Hall, Tron Theatre and the Arches.

“This will be a fantastic time for music lovers and holidaymakers alike to come to the city, share in the electric atmosphere and enjoy the vast array of entertainment available “she said.

Next year’s line up is set to provide a unique musical experience according to Donald Shaw, Artistic Director of Celtic Connections.

“Celtic Connections is a great example of the kind of events that Glasgow has to offer especially for those who are after something a little different.

“Next year’s line-up will be the biggest celebration yet of the tunes and songs that connect Scotland’s musical legacy to the rest of the world.

“The city is famous the world over for its musical history and fans can expect to experience everything from concerts to ceilidhs and art exhibitions to workshops,” said Donald.

“Last year a whopping 99% of music fans who attended Celtic Connections said that they would come back again which shows just how popular the festival is,” he added.

Fans can also look forward to a truly interactive experience as there are a wide range of diverse public workshops available which take place throughout the festival for all ages and levels of ability ensuring everyone can have a go and get involved in traditional music.