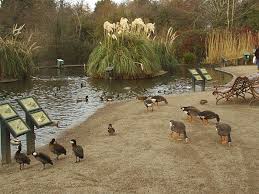 Jack and the Beanstalk, Ardhowen Theatre, Co. Fermanagh, January 13 – 18. The classic tale of Jack who exchanges his cow for magic beans which grow into a gigantic beanstalk. Jack climbs the beanstalk and arrives in a strange land high up in the sky and so the adventure begins – will Jack survive his journey to the Giant’s land?

A Bit on the Side, The Market Place Theatre & Arts Centre, Armagh City, Co. Armagh, January 17 – 18. Funny man Conal Gallen stars in his very own comedy play, taking his hilarious humour to a new level in this side-splitting two-act comedy farce taking place in the household of 30 years married Bridie and Willie Murphy.

Northern Irish Photographic Annual Exhibition, The Braid, Ballymena, Co. Antrim, January 18 – 22. On display at The Braid, the exhibition comprises of 76 prints selected from the work of members of Northern Ireland camera clubs with a variety of subjects represented from landscapes and sport to architecture.

Titanic: Window on Emigration, Ulster American Folk Park, Omagh, Co. Tyrone, until January 26. Find out about the Irish emigrants who boarded Titanic and explore their stories as well as their surroundings on their ill-fated journey to the New World.

Burns: The Belfast Connection, Linen Hall Library, Belfast, until January 31. The largest collection of Scottish poet and lyricist Robert Burns’ materials held outside of Scotland. With a selection of rare and valuable items including the 1787 Belfast edition of Poems Chiefly in the Scottish Dialect.

Meet the Quackers, Castle Espie Wildfowl & Wetlands Centre, Co. Down, until April 27. Let the kids explore the exciting world of the largest collection of rare and exotic geese, ducks and swans in Ireland and make the most of the Meet the Quackers tours every Saturday and Sunday.