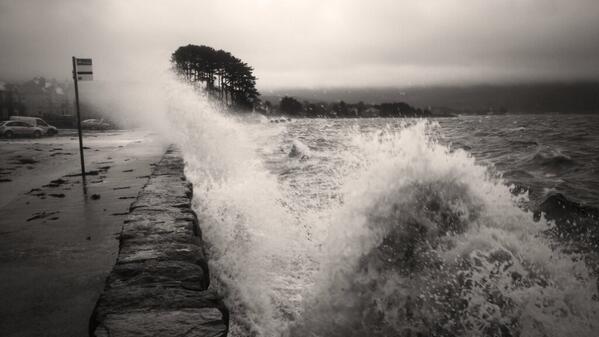 Waves crash the coastline in Warrenpoint, Co Down on Sunday

FORECASTERS are predicting a high tide in parts of Northern Ireland as driving wind and rain batters the province.

But weathermen and the PSNI are warning of the possibility of more severe flooding in coastal area and for north and east Belfast on Monday.

The Met Office has already issued a yellow weather warning for the province.

“On Monday afternoon, strong winds will combine with large waves to bring the risk of coastal flooding,” says the Met Office.

“Winds will gust to 60 mph or so on coasts, and locally to 70 MPH, but waves will be larger than usually associated with this strength.

“The public should be aware of the dangers of waves crashing onshore and over topping shore lines and sea fronts.” 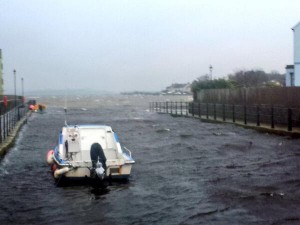 A higher tide than usual is expected in Belfast on Monday afternoon at 2.45 pm – combined with strong winds has the potential to topple shore lines and sea fronts.

PSNI are advising all members of the public to stay away from coastal paths/walkways and to drive with extreme caution.

Thousands of sandbags are already in place.

Sandbags are available at the Inverary Community Centre in east Belfast.

On Saturday, the council gave out over 2,000 sandbags to members of the public.