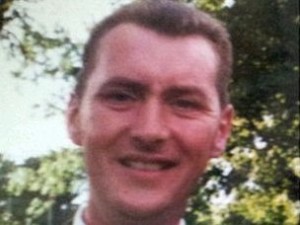 DETECTIVES say the man found murdered in north Belfast on Friday had been stabbed several times.

The remains of Paschal ‘Basil’ McAfee was found by his mother at a house in Henderson Avenue, off the Cavehill Road, at about 1pm on Friday.

The 50-year-old was last seen in an off-licence in Henderson Avenue around 4 pm on Thursday.

It is understood the father-of-two had only recently moved into the area having previously lived in the Ardoyne district.

“We are particularly keen to know where Basil was from approximately 4pm on Thursday 19 December,” he said.

“We know that he had bought some alcohol in an off-licence just off the Cavehill Road, just before 4pm.

“We’re keen to know who Basil was with just after that time or where he had been.”

Anyone with information about Mr McAfee’s last movements or know who carried out the murder is asked to contact detectives on 0845 600 8000 or ring Crimestoppers on 0800 555 111.