HELP US FIND CHARLOTTE AND BRING HER HOME FOR CHRISTMAS 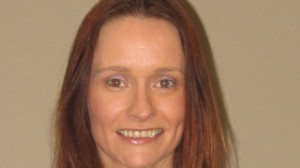 THE distraught twin sister of a missing woman has made an impassioned plea for information about her whereabouts ahead of their 35th birthday which takes place on Christmas Day.

Charlotte Murray, originally from the Omagh area but who had been living in Moy, was reported missing in May.

She is described as being 5’4″ tall, of slim build with blue eyes.

Her twin sister, Denise, appealed to Charolette to get in touch.

She said: “Please contact us, Charlotte, you’re missed so much. Please come home wherever you are.”

Denise said finding Charolette would be a “fantastic Christmas present.”

Police have also appealed to anyone who may know where Charlotte is or what might have happened to her to get in touch with their nearest police station.