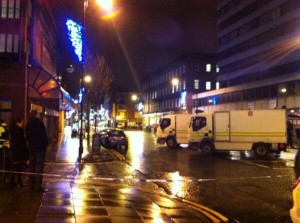 A suspicious object has been found on Friday evening in the Post Office premises at the junction of Bridge Street and High Street.

Police have cordoned off the area and Army technical officers are at the scene examining the object.