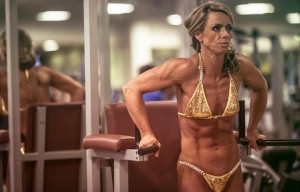 AN award winning female bodybuilder who falsely claimed over £47,000 in benefits was today given a year to pay back the money.

However, she escaped going to prison after she was given a one-year prison sentence suspended for three years.

Judge Geoffrey Millar QC told Downpatrick Crown Court, sitting in Belfast, that he was approving a confiscation order by the crown against Boomer to recover the money owed.

A property she owns at Bass Buildings, Belfast, valued at £102,442, will now have to be sold to pay off the outstanding monies.

Judge Millar QC said that Boomer had 12 months to pay back in full £47,913.99p which she defrauded from the Social Security Agency.

However, the judge said if she failed to comply with the confiscation order Boomer would go to prison for 18 months for defaulting.

Boomer was a well known contestant in the body building circuit.

She was runner up in last April’s Northern Ireland Bodybuilding Championship.