ENJOY AN EVENING WITH MARK HIX AT THE CULTRA INN 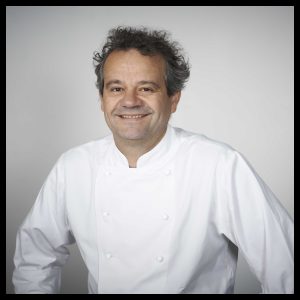 Celebrated chef Mark Hix to cook at the Cultra Inn

LOVERS of great food in Northern Ireland are in for a treat as one of the UK’s most celebrated chefs will be cooking live for one night only at the Cultra Inn early next year.

Mark Hix is one of London’s most eminent restaurateurs and diners will have the chance to enjoy a four course meal and get up close and personal with him on Friday 28 February.

Mark is known for his original take on British gastronomy and after opening his first restaurant in 2008 – the distinguished Hix Oyster & Chop House in Smithfield, he has since opened a further five establishments including Hix Oyster & Fish House in Lyme Regis, the award-winning Mark’s bar and his latest ventures, Tramshed and Hixster, all to great critical acclaim.

Howard Hastings, Managing Director of Hastings Hotels said: “We are thrilled to offer food lovers across Northern Ireland the opportunity to enjoy an evening with Mark Hix, who is one of the UK’s most celebrated chefs, well known for his unique offering and creativity.

“Like Hastings Hotels, his restaurants Tramshed and Hixster serve Glenarm Shorthorn steaks, aged in their unique Himalayan salt chamber, from Hannan Meats in Moira and it is fantastic to see such a prestigious chef recognising the amazing local produce Northern Ireland has.

“There will only be 120 places for this one off event and having experienced Mark’s fayre before, I know it is going to be a fantastic night. If you still have some Christmas presents to buy, a ticket to this unique event would be perfect for food lovers,” Howard added.

Tickets for An Evening With Mark Hix at the Cultra Inn on Friday 28 February are priced at £100 per person and include a four-course menu with wine and a signed Mark Hix book. To book tickets call 028 9039 3007.