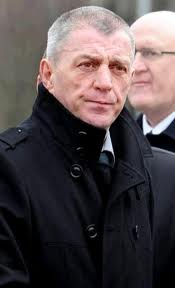 POLICE are watching closely developments inside the UDA as two brigades lock horns in a bitter feud.

Intelligence reports warn of the potential for an all out war between rival brigades in Belfast.

The UDA’s West Belfast Brigade no longer sits on the Inner Council after it walked out last year ahead of the report into the murder of solicitor Pat Finucane.

The de Silva report identified seven senior UDA figures in west Belfast of working for either MI5, British Military Intelligence or RUC Special Branch at the time of the murder.

In recent weeks, members of the west Belfast brigade have been picketing the homes of leading figures in north Belfast UDA.

And the PSNI has visited their homes warning them they are under threat of death from the breakaway west Belfast faction.

On Sunday, west Belfast UDA members tried to burn Tracey Coulter out of her Shankill Terrace home during an arson attack.

On Wednesday, the leadership of UDA brigades in east Belfast, led by Jimmy Birch, and Jackie McDonald’s south Belfast Brigade issued a statement saying it backed Bunting and his north Belfast brigade.

And it also condemned the recent attacks and threats on north Belfast members and former life sentence prisoners by what it describes as “criminals and drug dealers”.

The statement says: “We, the East and South Belfast Brigades of the Ulster Defence Association, confirm that our colleagues in North Belfast have our full and unequivocal support.

“We are conscious of the positive role that our colleagues from North Belfast played during both the Shoukri and Adair eras; when feud threatened to engulf the entire organisation and was subsequently diverted through their valued support.

“All our areas have promoted and delivered positive change and transformation.

“However, as an organisation we recognise that we have arrived at a critical point in time when strong leadership and courage is required to ensure the survival of our great organisation.

“As an organisation we have all been strong and committed to building a better and safer society, and our organisation have never accepted or allowed outside interference to dictate or direct how we work.

“Recent threats made against our members, particularly our ex-life prisoners who are held in such high esteem within our membership are not acceptable.

“We have always managed to remain calm and level-headed during times of crisis. More importantly, we have selflessly in the greater cause of protecting the union, acted as one to defend our integrity.

“We will continue to support our membership’s attendance at peaceful protest, expressed through their involvement in bands, lodges or as concerned Loyalists, to show their support for our community and culture.

“In doing so, all areas state very clearly that we will not stand with those that have been expelled from the organisation for criminality, drug dealing or other antisocial activity against unionist/loyalist communities and who are now trying to undermine the leadership of North Belfast and the wider organisation.

“We unreservedly condemn recent attacks and threats on our colleagues in North Belfast.

“These threats and attacks have come from a loose collection of individuals, containing amongst them a core group of expelled members, bolstered by criminal and drug-dealing elements and young men that had never been a part of our organisation.

“Whilst we recognise that all our areas are beset with issues, we are clear that there have always been agreed protocols in place to address concerns, which in this case have been clearly breached.

“We therefore extend our full support to our North Belfast colleagues and state clearly that we will remain resolute in supporting the good and honest work that goes on in that area.’

The statements with the the words ‘Quis Separabit’ – None Shall Divide Us.