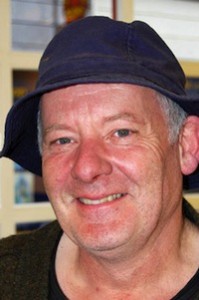 A JUDGE has ordered the arrest of Northern Ireland-born actor Gerard McSorley after he failed to turn up to court to face a breach of the peace charge.

The 63-year-old, who famously played the role of crime boss John Gilligan in the hit film ‘Veronica Guerin’, is now a fugitive from justice.

McSorley, who was born in Omagh, Co Tyrone, had been arrested earlier this month and was charged at a Dublin garda station.

A separate careless driving case against McSorley is to be heard at Letterkenny District Court next June.

The theatre, television and film actor was given station bail to appear at Dublin District Court yesterday.

When his case was called a garda sergeant furnished Judge Hugh O’Donnell with a certificate with the details of Mr McSorley’s arrest, charge and cautioning.

Judge O’Donnell noted that there was no appearance by the defendant and issued a bench warrant for his arrest.

The charge before the court related to an alleged breach of the peace charge under Section Six of the Public Order Act.

He is accused of engaging in threatening, abusive and insulting behaviour at St Stephen’s Green, Dublin, on November 6.

The offence on conviction can carry a possible three-month sentence and/or a fine.

The actor has appeared in a string of hit films including ‘Omagh’, ‘War Horse’, ‘The Constant Gardener’, ‘Angela’s Ashes’ and played Father Todd Unctious in the sitcom ‘Father Ted’.

After attending a Christian Brothers school in his hometown, he attended St. Columb’s College in Derry.

He later attended Queen’s University, Belfast, where he was taught by Seamus Heaney.