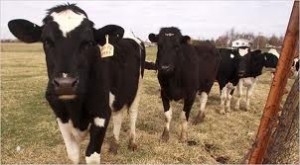 The suspect was arrested in Dungannon on Friday afternoon as part of an operation.

According to the PSNI, officers received a report that cattle had been stolen from a property on the Tullyroan Road in Dungannon sometime between November 20 and November 21.

He is being questioned on suspicion of burglary and fraud by false representation.

“As a result, today we arrested one person.

“We recognise that agricultural crime is a concern for the community.

“We will continue to thoroughly investigate each and every incident.

“I would appeal for the anyone with information about those involved in agricultural crime to contact police.”