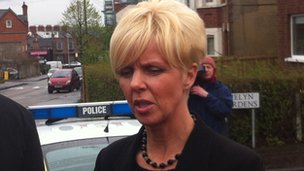 DISSIDENT republicans have brought terror to the streets of Belfast by detonating a car bomb near the law courts and a police station.

Hundreds of people were caught up in the alert after a car was found abandoned at entrance to the underground car park at Victoria Centre.

A silver Renault Lagnuna,  registration number CJZ 4697, was stolen by the bombers and left in Victoria Street.

Detective Chief Inspector Karen Baxter of the PSNI’s Serious Crime Branch said on BBC Radio Ulster on Monday morning: “It is our information that the device partially exploded, and not as a result of a controlled explosion.

“We would appeal to anyone with information to contact us.”

The device went off just after midnight as Army Technical Officers were examining the stolen car.

The car was damaged in the explosion, but not destroyed. There are no reports of injuries.

Commuters face traffic delays as police said the area around the alert would remain closed for a number of hours.

The car had been left almost opposite the city’s main police station and not far from Belfast’s court complex.

People living close to the scene at Victoria Square had to leave their homes overnight, but have now been allowed to return.

Some of those caught up in the alert were moved from a nearby cinema.

The car, which is located at street level at the top of a ramp to an underground car park, is believed to have been left there at about :30 GMT.