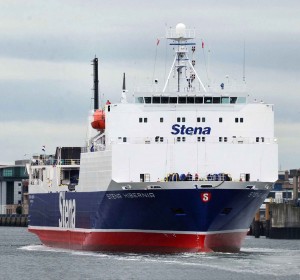 STENA Line has just marked the second anniversary of its Belfast-Cairnryan route.

The £200m investment in new port facilities and the Superfast vessels have proven to be very popular with tourist and freight customers and have significantly raised the standard of ferry services between Northern Ireland and Scotland.

Since the start of the new service on 21st November 2011 Stena Line has achieved some impressive performance statistics including carrying 2.2million passengers, almost 500,000 cars and over 300,000 freight units.

Paul Grant, Stena Line’s Route Manager for Irish Sea North said: “When we opened up the new Belfast-Cairnryan we were confident that the new route would prove popular with our freight and travel customers.

“The combination of a high quality service and good value fares has proven to be successful.”