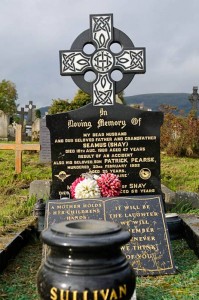 DETECTIVES from the Serious Crime Branch have reopened the investigation into the murder of an Irish People’s Liberation Organisation (IPLO) terrorist 21 years ago.

Former French Foreign Legionnaire Patrick Sullivan was killed after confronting someone he suspected of anti-social behaviour in the Divis area of west Belfast in 1992.

At the time, police said the 25-year-old was stabbed in the neck and back and subsequently died from his injuries.

One man from west Belfast was later convicted of his manslaughter.

However, a second suspect is believed to have been involved in the killing and to date hasn’t been charged and convicted.

A file on the case is now being reviewed by a Major Investigation Team (MIT) within the Serious Crime Branch.

The IPLO, which was formed following a bitter internecine split with Irish National Liberation Army (INLA) terror group, later said: “Patrick Sullivan was killed by a single stab wound in the Divis area when he went to confront someone who was engaging in anti social activities there.

“The local community were afraid to confront the individual involved, but Patrick, being an ex French Foreign legion soldier, confronted the man and died from his injuries.”