MCGIMPSEY: GIVE SHOPPERS SOME CHRISTMAS CHEER OVER CAR PARK CHARGES 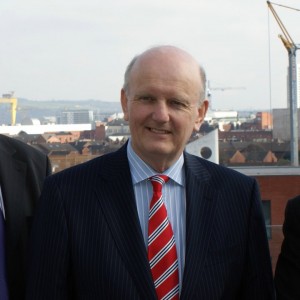 ULSTER Unionist Party’s Michael McGimpsey has called on Regional Development Danny Kennedy for an early lifting of parking charges for shoppers in Belfast.

In a statement, Mr McGimpsey said: “I am calling on the Minister to list the parking charges for shoppers in Belfast with immediate effect.”

“Bearing in mind the hardships businesses in the city centre have had to face over recent months with congestion, road works and the creation of new bus lanes, we must support our hard-pressed retailers over the festive period through appropriate measures that include the ease of parking charges and ending the operation of bus lanes during the weekends.”

He added: “Retailers in Belfast are at risk and in desperate need of relief from the current regime that is making life difficult for everybody.”


One Response to MCGIMPSEY: GIVE SHOPPERS SOME CHRISTMAS CHEER OVER CAR PARK CHARGES