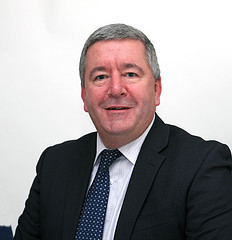 At the Council’s development committee meeting on Wednesday night, November 20, Alliance will attempt to overturn a previous decision to close Northern Ireland’s only aquarium.

Said Cllr McDowell said: “The fight to save Exploris has garnered support across Northern Ireland and Alliance has been leading the charge both at a local level and at the Assembly.

“This is why we are calling on all Councillors to support this important motion, asking Ards Borough Council to rescind original plans to close Exploris and instruct council officers to create a business case with options to secure the aquarium’s financial future.

“I hope as many Councillors as possible will be able to show real commitment to saving Exploris and support the motion – especially the UUP whose Party Leader pledged full support for Exploris at Stormont.

“If UUP Councillors on Ards Borough Council are unable to support the views of their Party Leader I would have to question if the UUP are really dedicated to saving Exploris.”

Alliance MLA for the area Kieran McCarthy has already called on the Stormont Executive to dig deep and help find the funds to keep Exploris open.


3 Responses to ARDS COUNCILLORS MUST SAVE EXPLORIS, SAYS ALLIANCE MEMBER