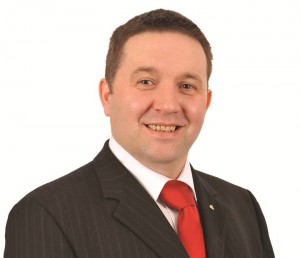 ULSTER Unionist Party (UUP) MLA Robin Swann has again raised his concerns that cattle stolen in Northern Ireland are being transported to illegal meat plants in the Republic.

On average 3,000 cattle have been stolen in each of the last three years in Northern Ireland and have vanished without trace.

Said Robin Swann: “News that an illegal meat plant has been uncovered in County Louth backs up my concern that cattle which have been reported as stolen or missing are being transported across the border to be illegally processed for human consumption.

“I first raised this issue in September when in an answer to a question I posed to the Agriculture Minister, she detailed that over 9,000 cattle had been reported as missing or stolen in Northern Ireland over the last three years.’

“The numbers disappearing suggested that this is a more organised operation than opportunistic thieves.

“I believe we are now seeing evidence of where these cattle are ending up.’’