REVEALED: MAN, 89, ROBBED BY MASKED GANG IN HIS HOME 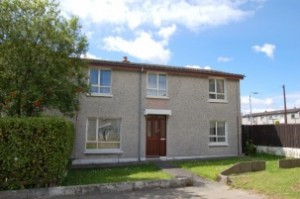 Man, 89, robbed in his home in Bangor’s Ballyhalbert Gardens

DETECTIVES are hunting five masked men who robbed an elderly man in his home.

The incident happened on Tuesday night around 7.30 pm but details of the robbery have just been released by police.

The 89-year-old man was in his home at Ballyhalbert Gdns in Bangor’s Kilcooley estate when five masked males with local accents forced their way into the house.

The PSNI say: “The elderly victim was kept in the living room while the masked men searched the house.

“A sum of cash and a camera was stolen.” The gang then fled.

Detectives at Bangor CID are appealing for the public to get in touch.

Added the PSNI: “Did you see it? Were you involved in this robbery? Do you know who was involved?


One Response to REVEALED: MAN, 89, ROBBED BY MASKED GANG IN HIS HOME