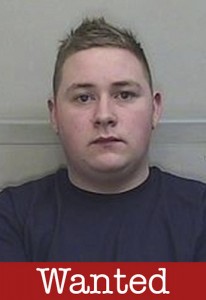 A ‘MOST Wanted’ convicted cigarette smuggler who was being hunted by ‘The Duty Men’ is in prison after handing himself into authorities.

Michael ‘Arthur’ Fearon, 21, from Newry, Co Downwas convicted in his absence for his part in a 8.4m cigarette smuggling operation across the border.

Two weeks ago Mr Justice Ben Stephens sentenced him to one year in jail and a further 12 months on licence.

Fearon absconded during his trial in September 2012 while out on compassionate bail to attend the funeral of a friend across the border in the Republic.

However, it is understood he handed himself into the authorities last week and is now in Maghaberry Prison serving the 12 month sentence for tobacco fraud.

Co-accused, 41-year-old James Francis McDonnell, from Ferryhill Road, Newry, was sentenced to five and a half years, half of which is to be spent in custody and half on parole.

The pair were the only two people arrested when PSNI officeers and customs officials raided units at the Bridgeview industrial estate in Meigh, south Armagh, on June 29, 2010.

Their trial was told that a number of others managed to escape over the border to the Republic of Ireland during the raid.

In a reserved judgement, trial judge Mr Justice Ben Stephens said no UK duty had been paid on the 8.38 million cigarettes.

Passing sentence at Belfast Crown Court on Friday, November 1, Mr Justice Stephens said: “Neither of you were the organisers of this smuggling operation.

“You, James Francis McDonnell, played an important role at a crucial stage of the smuggling operation transporting the cigarettes from Ireland to Northern Ireland which clearly indicates that you were a trusted individual within the organisation.

“You, Arthur Michael Fearon, played a less important but all the same a significant role in the distribution of these cigarettes which role I consider to have been one of facilitating breaking bulk by the movement of the cigarettes from the Tex sea container to the smaller lorries.”

In relation to you Arthur Michael Fearon in view of your youth a sentence of imprisonment should be a last resort.

“I consider given the seriousness of the offence and the need for deterrence that a sentence of imprisonment should be imposed.

“You did not comply with your bail conditions.  I do not consider that you would comply with probation supervision.

Donald Toon, director of criminal investigation at HM Revenue and Customs, said: “Fearon thought he could go on the run to avoid facing justice – but he was wrong.

“We relentlessly pursue tax fugitives and ensure they face the consequences of their criminal activity, and after over a year on the run, Fearon has done the right thing.”