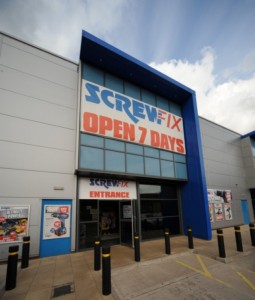 THE UK’s largest direct and online supplier of trade tools, accessories and hardware products is opening four stores in Northern Ireland in 2014.

Screwfix will be creating 50 jobs with its first foray into the Northern Ireland DIY market.

The company, which sells trade and DIY products, confirmed this week that it is planning four store openings “in early 2014”.

Despite speculation that the new Newtownabbey store will be located near the Abbeycentre, the company has declined to comment on potential sites.

It’s understood that 12 of those roles will be based at the Newtownabbey store.

“As part of the company’s ongoing store network expansion plans, we can confirm that Screwfix will be opening four stores in Northern Ireland in early 2014,” a spokesperson said.

“These will be located in Belfast, Newtownabbey, Bangor and Ballymena, with around 50 jobs being created as a result of the store openings,” she added.