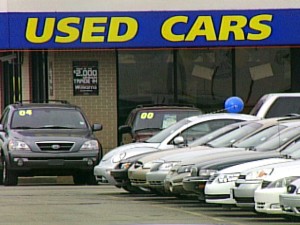 A car trader who wound the miles back on cars has been sent to prison car ‘clocking’.

He traded as DS Cars in Cullybackey and AA Cars in Ballymena, Co Antrim.

It was found that the four vehicles had more than 320,000 miles wiped off their mileage records.

The total loss to the buyers was estimated to be in the region of £2,500.

The first vehicle, a Ford Connect van, was sold to a consumer with 94,000 miles on the clock.

Evidence obtained by Trading Standards Service showed that the recorded mileage of the van when it was bought at an auction by Hillis was 206,000.

The third car was sold with a mileage of 103,000 when it had been bought from another car trader a few days earlier with 203,000 miles on the odometer.

The fourth car, an Audi A3, was advertised on a website and subsequently viewed by Trading Standards officers, on the premises of AA Cars, in October 2012.