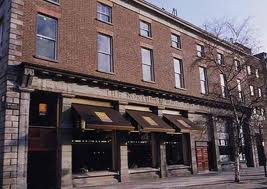 A BELFAST city centre pub is in the dock for refusing a former security member entry into its pub because he was wearing a poppy.

Mr Cooke was with his wife and daughter when he was refused entry in November last year.

Belfast Recorder’s Court heard Northern Whig security staff refused to let them in because they were wearing remembrance poppies.

As a result, Mr Cooke has brought a civil claim,  backed by the Equality Commission, against Botanic Inns Ltd, the pub chain that owned the Northern Whig at the time but which is now in administration.

Lawyers argued that being turned away from the bar constituted indirect discrimination.

It was contended that the poppy is an emblem mainly worn by one part of the community in Northern Ireland.

The actions of the door staff responsible were discriminatory under the Fair Employment and Treatment Order, according to their case.

Following further legal submissions, judgement in the case was reserved.