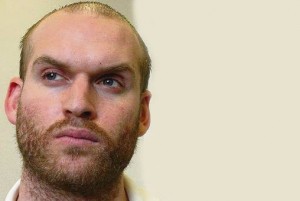 A former Queen’s University academic was jailed for five month yesterday after he admitted waging a campaign of harassment and threats to kill against a senior member of staff.

Dr Patrick Martens (34) was told by Judge Patrick Lynch that a period of imprisonment was “inevitable’’ after he had threatened to “slaughter” his victim and his family.

Martens had previously pleaded guilty at Craigavon Crown Court to seven counts of making threats to kill and two charges of harassment.

The offences started over two years ago while Martens was a psychology research fellow at Queen’s University of Belfast.

Before sentence was passed on Monday, defence barrister Joel Lindsay asked the judge to take into account that Martens had been caring for his seriously ill son in Hamburg, Germany.

He told Craigavon Crown Court that since his release on compassionate bail last month, Martens had been spending every day with his son.

“He has concerns that he will not be in the vicinity of his son and I ask that this be taken into account when sentencing him.

“He does accept he is facing very serious charges.’’

Judge Lynch said he had previously expressed the view about the “gravity and the court’s revulsion to the nature of the offences’’.

“I have taken into account reports presented to this court on your behalf and the issue relating to your son.

“At the same time, I have to take into account the gravity and the nature of these offences.

“It is inevitable that there has to be a custodial sentence taking all matters into account,’’ he added.

The judge sentenced Martens to 12 months concurrent in prison on all nine charges, with five to be spent in custody and the remaining seven on licence following his release.

Clean-shaven Martens, wearing black-rimmed glasses and dressed in a navy suit and white open-necked shirt, was led away in handcuffs from the dock by a prison officer to start his sentence.

At a previous hearing, the court was told that the defendant’s victims were a well-respected senior academic and his wife.

Martens had threatened to kill the couple in a six-month campaign from August 2011 to January 2012 during which he engaged in more than 500 explicit telephone calls, emails and letters.

He used different names in a bid to hide his own identity.

The court was told that in some of the correspondence he used graphic and threatening language against the Queen’s academic and his family.

At an earlier hearing, a prosecution lawyer told Judge Lynch all of the charges “related to a campaign of harassment and threats”.

The court was told his victim also acted as a harassment officer at the university, tasked with investigating any such reports made by staff or students.

During this role he first encountered Martens, who subsequently began his vendetta against the member of staff and his family.

Martens arrived at Queen’s having been disciplined in relation to harassing others at his previous university in England in 2008, the court was told.

It was claimed that while at the English university Martens had threatened a number of females, for which he also received a police caution.

The court heard Queen’s University had concerns when Martens arrived regarding how he would conduct himself given his background in England.

A short time after arriving in Belfast a complaint was lodged with Queen’s by a women who claimed to have been harassed.

His academic victim, as harassment officer, then came into contact with Martens as a result of the allegation.

“Following on from that set of circumstances arising, the defendant then indulged in a campaign of threats,” said the prosecutor.

These included telephone calls to his home, emails and letters, many containing threats to kill.

Showing one such email to Judge Lynch, the prosecutor said: “You can see the graphic description of the allegation of what was going to be done.”

Another email was entitled ‘I’m going to slaughter you’.

The prosecutor said the nature of the correspondence was both “offensive and frightening”.

Defence barrister Joel Lindsay told the court that Marten’s mother killed herself in July 2011, which had a profound effect on his mental well-being.

The court was told he has been receiving extensive psychiatric treatment in his homeland of Germany over the past year.

A recent assessment deemed him as not posing a threat to others, the court was told.

He spent eight months as an in-patient at a German hospital, becoming an outpatient in August.

The judge was shown letters from experts at the hospital who have been involved in overseeing Martens’ care.

Medical assessments read to the court yesterday claimed Martens suffers from a range of mental disorders including obsessive behaviour, the symptoms of which he has displayed since the age of 14.

At one point, Martens had been a patient at the Priory Clinic in London.

Martens is perceived by his doctors as having made improvements since undergoing treatment, but experts warned it could take several years to address all of his mental issues.

Mr Lindsay told Judge Lynch that Martens was “apologetic” and had shown “deep remorse” for his actions.