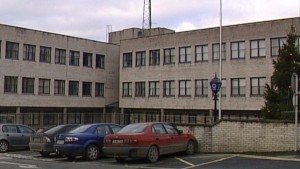 ANTI-TERRORIST detectives in the Republic have foiled a major dissident bomb attack planned for Northern Ireland.

Two men are now in custody following the seizure of a large amount of fertilizer and other bomb-making components in Monaghan in the early hours of Saturday morning.

The two aged 25 and 50 were arrested by detectives investigating the activities of dissident republicans.

Gardaí also found around 200 kg of fertilizer as well as other material which could have been used to make a massive bomb to be transported across the border and into Northern Ireland.

The two suspects, who are not from the Monaghan, area were arrested on suspicion of membership of an illegal organisation.

They are being questioned about the find.

A court in Monaghan granted officers from the Garda’s Special Detective Unit an extension to the men’s detention in the early hours of Sunday morning and they remain in custody at Monaghan Garda Station.

Forensic experts have also examined the items seized when the men were arrested as garda investigations continue.

A number of searches have been carried out at the men’s addresses as part of follow up inquiries.