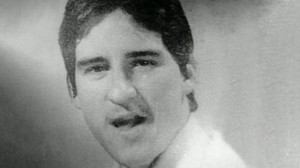 THE supergrass who broke the IRA is suffering from post traumatic stress disorder, anxiety attacks, adjustment disorder and borderline personality disorder brought on by a fear of his true identity being revealed, it has been claimed.

Raymond Gilmour, who worked undercover for RUC Special Branch inside the IRA in Derry/Londonderry, gave evidence in a supergrass trial in 1982 against score of Provos and INLA terrorists.

He now lives somewhere in the south of England under a new identity to protect him IRA informer hunters.

Private treatment for paranoia being paid for by MI5 stopped in 2007.

But now an English health trust has appealed directly to the head of MI5 to ensure the former RUC Special Branch agent receives proper treatment for illnesses sustained as a result of infiltrating the IRA.

Copies of the letter from his consultant to MI5 director general Andrew Parker have been given to BBC South East.

In the letter, dated October 4, the consultant explains Gilmour had been diagnosed with post traumatic stress disorder (PTSD), anxiety and panic attacks, adjustment disorder and borderline personality disorder, all made worse by excessive drinking and anxiety about his true identity being exposed.

Gilmour insisted he was really being followed.

He said: “Paranoia is my best friend after the work I have done. I’m not asking for the world, I am asking for treatment for ailments that are clearly related to my work in combating terrorism.

“As I get older, these issues don’t go away; they get wider and they get worse.”

Gilmour’s partner, referred to as Sue, said the letter from the consultant had “both Ray’s original name of Gilmour and his new name on the heading” and said he was worried the IRA would identify him through health service records.

She said MI5 paid for private treatment until 2007 and Gilmour had responded well to it. However, after the treatment was withdrawn he became paranoid, started drinking heavily and believed he was being followed.

“It had a bad effect on my children,” she said. “When we were out driving he would want to turn off, thinking somebody was following him.”