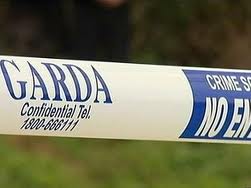 GARDAI are investigating after a man from Northern Ireland was killed in a two-car road collision in County Monaghan.

The man, who was in his 20s, and believed to be from Co Tyrone, was driving alone in a car that collided with a second vehicle.

The accident happened on the Dublin to Monaghan road near Carrickmacross around 7 am.

Gardai say two people in the second car were taken to Drogheda hospital but their injuries are not believed to be life threatening.