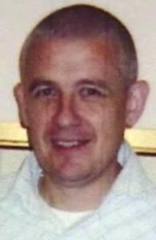 CLAIMS that attempts were made to recruit a dissident republican prisoner as an informer shortly before his death in police custody could see his inquest delayed for a year.

The inquest into the death of Strabane republican John Brady in Strand Road police station in October 2009 is due to begin in Belfast on Monday next, November 4 and is expected to last several days.

The 40-year-old was in custody being questioned about an alleged assault when, according to police, he took his own life using a pair of shoe laces, though his family have always denied this.

It emerged in 2010 a police officer had been suspended and a number of others were to face disciplinary action over the death.

A report from the Police Ombudsman stated there was no evidence he had been harassed or mistreated but said a number of failings provided him with the opportunity to take his own life.

Mr Brady’s family say many questions surrounding the circumstances of his death have gone and remained unanswered.

However, at a pre-inquest hearing, Senior Coroner John Leckey directed claims two police intelligence officers visited Mr Brady in custody hours before he killed himself must be investigated before an inquest could be held.

It is anticipated such an investigation could take up to a year to complete.