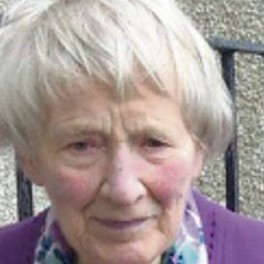 Suzy Arthur died in hospital over two months after brutal raid on her home.
THE late Suzy Arthur who died after the raid. (Pic: NewsPixIreland)

THE PSNI is assisting Gardai in their investigation to catch thug burglars who assaulted two elderly sisters during a vicious house-raid.

A cross-border gang, who use Derry as a base, are chief suspects for the brutal robbery and assault.

One of the sisters, Suzy Arthur, never came out of hospital after raiders threw her to the ground and broke her hip during the raid on July 1st.

Gardai stepped up their investigations by carrying out checkpoints close to the women’s home in Raphoe, Co Donegal.

Officers asked motorists if they had travelled the main Letterkenny to Lifford Road on the day in question.

Anyone who had were questioned further by Gardai operating another interview checkpoint at another location close-by.

Gardai believe an English Traveller gang, sometimes based in nearby Derry, are behind the raid on the elderly sisters’ home.

The dead woman’s surviving sister Isa, 91, is still recovering after her ordeal.

The women’s nephew Tom McKean, who looked after the women, paid tribute to Gardai in their efforts to catch the thugs who targeted Suzy and Isa.

“I can say nothing but good things about the Gardai which is one thing I cannot say about the men who did this.

“I would appeal to anyone who may have noticed anybody in the area at the time to contact Gardai.

“Any small detail may help bring these evil men to justice,” he said.

Gardai have also put up posters on roads seeking the public’s health in catching the travelling gang.