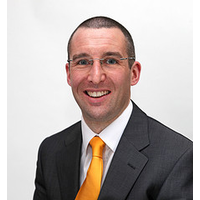 DETECTIVES are hunting a sex beast who raped a teenage woman in Bangor, Co Down.

It is the third sex attack in the seaside town in the space of four weeks.

However, police don’t believe at this stage that any of the sex attacks are linked.

The 19-year-old was attacked and raped in a car park in Quay Street near the town’s Coastguard Station between 11 pm on Friday and 1.30 am on Saturday morning.

Detectives from the Rape Crime Unit are keen to speak to anyone who saw suspicious activity around a blue four-door car in the area at that time to contact them 028 90 70 03 05.

In particular, they want to hear from a woman who lives close to the scene who helped the “distressed” teenager.

A police spokeswoman said the woman assisted the victim at about 2 am and drove her back to her home in Belfast.

On the night of Saturday, September 21, a 19-year-old woman was sexually assaulted close to the McKee clock in Quay Street.

Then three nights later a woman was raped along a coastal path in the Downshire Road area of the town.

“I am appalled that yet another attack has taken place in Bangor. My thoughts are with the victim after what must have been a terrifying ordeal,” he added.

“Attacks like these send shock waves through the local community and I would appeal for anyone with information on the perpetrator to come forward and speak to the PSNI immediately.”