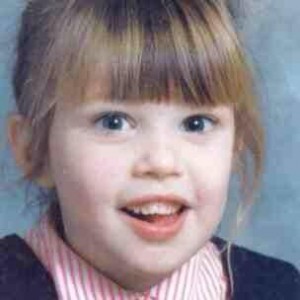 THE BELFAST Health Trust has finally admitted liability for the deaths of two children in its care 18 years ago.

The admission was made on Thursday in Banbridge during a public inquiry into hospital deaths in Northern Ireland.

Adam Strain and Claire Roberts died several months apart while they were being treated at the Royal Belfast Hospital for Sick Children in 1995 and 1996.

Their deaths are being investigated by the inquiry into hyponatraemia-related deaths.

Hyponatraemia is the term for a low level of sodium in the bloodstream, which causes the brain cells to swell with too much water.

Four-year-old Adam Strain died shortly after undergoing a kidney transplant at the Royal Belfast Hospital for Sick Children in 1995.

Claire Roberts died aged nine at the same hospital the following year after she was admitted with vomiting and drowsiness.

However, Claire was given a fatal overdose of fluids and drugs which cut short her life.

But since her death, the Belfast Health Trust had denied, even at an inquest seven years ago, that fluid management played any role and wrongly attributed Claire’s death to a brain virus.

However, at the public inquiry on Thursday, a lawyer for the Trust said it now accepted liability for Claire’s death and made “a full and frank admission of liability on behalf of the Belfast Trust”.

He said: “The Trust also wants to offer a sincere apology for the shortcomings in the management of Claire’s treatment.”

The lawyer added that it had failed to treat the child to an appropriate standard.

During the hearing, the Belfast Health Trust also admitted publicly for the first time liability in the earlier case of Adam Strain.

It had previously settled this case with Adam’s family but a confidentiality clause prevented any detail of that settlement from emerging.

He added that it was “never easy to admit when mistakes had been made”.

Mr O’Hara said the families had made it clear that their pursuit of the truth was “in memory of their children” and that he hoped that today “they feel there is some added justification for what they have done”.

The inquiry has been investigating fluid management issues after the deaths of five children in Northern Ireland hospitals going back nearly two decades.