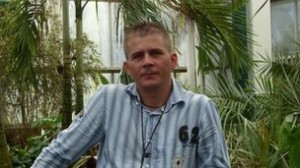 A body found on a County Antrim beach last week has been confirmed as that of a missing Polish fisherman.

Jaroslaw Andrykiewicz was swept out to sea while fishing at Ramore Head in Portrush last month.

Despite a massive air and sea search at the time, his remains could not be located at the time.

As a result of gale force winds, the search had to be abandoned.

However, on the remains of a male were washed up a beach in Carnlough, Co Antrim.

Mr Andrykiewicz had lived in Northern Ireland for six years.

He worked as a supervisor in a vegetable production company in County Armagh.

The father-of-one was fishing with two Polish friends on rocks when he disappeared under the water.

Shortly after his disappearance, his mother and brother arrived in Moy, County Tyrone, where they were given accommodation and support by members of the Polish community in the area.