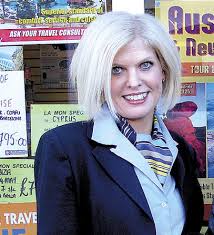 SHE was once the glamorous travel agent with the Marilyn Monroe blonde bombshell looks who never ducked a photo opportunity to flash off her white enamels.

Today, Kathy Ward was rather more camera shy than normal as she faced her fleeced victims on the steps of Downpatrick Crown Court.

Bleached blonde Ward was the trolly dolly air hostess who gave up her mile job for a life in a travel shop selling holidays to customers who had no idea she was a brazen crook beneath a false veneer.

On Friday morning Kathy Ward, who had a haunted look of woman staring down the barrel of a jail sentence, was a shadow of her former glamorous self as he filed into court No 1 at Downpatrick Crown Court with the laser-like stare of her victims burning holes into her back.

Four prison officers stood guard in and around the dock and two female police officers sat nearby in case the anger of her swindled clients spilled over during the hearing.

However, the 20 or so victims kept their counsel.

There were no outbursts and no one uttered a word to her as she brooded in with her crooked sugar daddy lover Mark McConkey.

She was smartly dressed in a black trouser suit, a cream blouse with a black stripe. McConkey wore a suit, shirt and tie.

The pair sat side by side in the dock with their backs to their victims who listened intently to the judge’s verdict.

Ward stared throughout the hearing at the floor of the dock, barely raising a glance to the judge sitting 12 feet away.

Burly McConkey repeatedly closed his eyes as the judge recounted details of their scam and fraud.

It was the final day of reckoning for Ward and McConkey who four years earlier were caught defrauding customers of their hard earned money, leaving many high and dry, some with no holiday, while others were left stranded thousands of miles from home.

But her victims believed justice wasn’t serve when she escaped going to Hydebank women’s jail today.

Ward, 39, was given a two-year sentence suspended for three years after she admitted a total of 80 offences including fraud and forgery.

“You breached the trust of your customers in your capacity as a travel agent.

“There were multiple victims over a significant period of time in which you Ward were the prime mover.

“McConkey played a lesser role for a much shorter period of time.

“Victims as well as suffering financial loss of holidays paid for, also suffered the stress of untangling the finanacial consequence of your fraud on their credit cards.

At an earlier hearing, Ward admitted 28 charges of fraud by false representation, 33 of fraud by abuse of position, 18 of theft and one of forgery.

Boyfriend McConkey, both of Tollymore Brae, Newcastle, admitted five counts of fraud by false representation and two of theft.

Judge Fowler said that Ward took over La Mon Travel in Downpatrick, Co Down in May 2006 which was part of the Freedom Group which meant customers were protected by ABTA.

However, in November 2008 the Freedom Group was tipped off about Ward’s previous conviction in 2007 at Downpatrick court for dishonesty and received a conditional discharge.

Between July 2008 and January 2010 she tried several unsuccessful attempts to register with ABTA in her own name.

“From this point in time it is obvious that La Mon Travel was doomed to failure,’’ said Judge Fowler.

“In an attempt to keep the business alive Ward initially attempted to stem the cash flow with her own money, then that of friends, family and employees.

“Once her credit and debit cards and those of her friends and employees were at their limits it should have been obvious that the only legitimate option was for the business to cease trading.

“At this time the company was in meltdown.’’

Employee Nigel O’Neill told detectives investigating the fraud that he had given his credit card to Ward to book holidays.

“Mr O’Neill put it that Ward was robbing Peter to pay Paul and he felt she should have closed the doors on the business.

“But she didn’t,’’ said Judge Fowler.

As the company spiralled out of financial control, tour operators, airlines and cruise operators refused to take bookings from La Mon Travel. 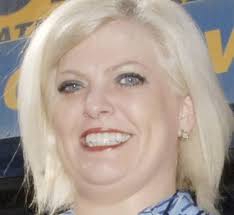 Kathy Ward picture in her former days at La Mon Travel in Downpatrick. The smile was wiped off her face as sat in the dock

“It was at this juncture that Ward started on a fraudulent course of conduct in some vain hope of keeping the company going until she secure her ABTA registration.’’

Throughout this period Ward and her staff continued to take credit card bookings for customers’ holidays.

However, the staff were unaware of her fraudulent activities.

“The staff were unaware,’’ said Judge Fowler QC, “that she was recording and retaining these details and was now using those details to book holidays for other customers.

“The whole edifice was beginning to crumble and the problems only compounded by a refusal to admit the business was in terminal decline.’’

It meant that holidays, flights, cruises, hotel rooms were not booked.

“He was forced to live on the streets in Cambodia and beg for money and steal to survive before his family could raise the money for his return flight home.’’

Another victim, Alison Butcher, had booked her honeymoon to the Dominican Republic through La Mon Travel.

However, she later discovered none of the money she handed over went towards her honeymoon.

She also took a £25,000 loan out in her mother’s name but failed to disclose that the money was to be used to “prop up her failing business’’.

“The prosecution submit that this was a serious fraud perpetrated on the citizens of Downpatrick undermining the confidence of members of the public in the travel industry. I agree,’’ said Judge Fowler.

Despite being interviewed by police, Ward refused to admit her guilt. She also did not plead guilty at the first available opportunity to the court.

He said Mark McConkey, Ward’s partner, played a lesser role in the fraud.

However, the judge said: “He knowingly involved himself in fraudulent activity.

“He made phone calls to Royal Carirbbean Cruises and booked cruises for customers using another customer’s credit card details.

“He received cash from customers for holidays which were not put towards those customers’ trips.’’

In defence mitigation, lawyers had told the judge that Ward signed herself into Down Psychiatric Hospital on February 7, 2010 for treatment.

“Without doubt it is difficult not to view this with some degree of scepticism given the timing of her admission,’’ observed the judge.

She was detained in hospital for three weeks where it was discovered she was suffering from Graves’ disease – a condition which affects the thyroid glands.

The defence argued that, based on the evidence of Professor Patrick Bell, a consultant endocrinologist, Ward was suffering from a severe and resistant case of thyroid overactivity.

This led to Ward suffering from an “impaired judgement and thinking’’ at the time of the offences.

The defence also argued that neither Ward nor McConkey benefitted personally from the fraud and there was “no lavish lifestyle’’.

Taking her guilty plea and medical condition into account, the judge said he would be suspending her sentence of imprisonment.

Addressing Ward, Judge Fowler said: “If you had been convicted after a contest and paying due regard to the aggravating and mitigating factors, the appropriate sentence for you would have been two-and-a-half years in custody.

“Accordingly, I am of the view that the appropriate sentence for you Ward is one of two years imprisonment concurrent on each count.

“I am prepared to suspend the period of imprisonment for a period of three years.’’

He also disqualified her from being a company director for seven years.

The judge also ordered that £29,232 paid into court by way of restitution by Ward should be divided up among her victims.

Turning to McConkey, Judge Fowler said that if he had contested the charges and had been convicted he would have been jailed for one year.

However, given his guilty plea, the judge said he was suspending his one year prison term for three years. 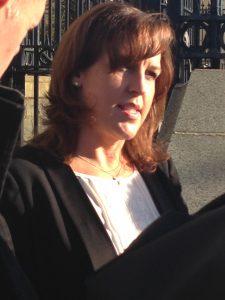 Another date will be set for a prosecution application to recover outstanding monies under the Proceeds of Crime Act.

After sentence was passed, Ward and McConkey remained in the dock until all their victims had quietly filed out of court.

At one point, she started to cry as relatives embraced her.

But soon the tears were gone and a smile broke out on her face as she realised that instead of going to prison for a £110,000 fraud, she was going home to Newcastle.

Ward and McConkey were driven off in silver Mercedes car as their victims stood and watched.

DCI Joanne Harris of the PSNI’s Crime Branch refused to comment on whether she believed the pair should have been sent to prison as believed by their victims.

However, she said: “These convictions send out a clear message to other fraudsters.”