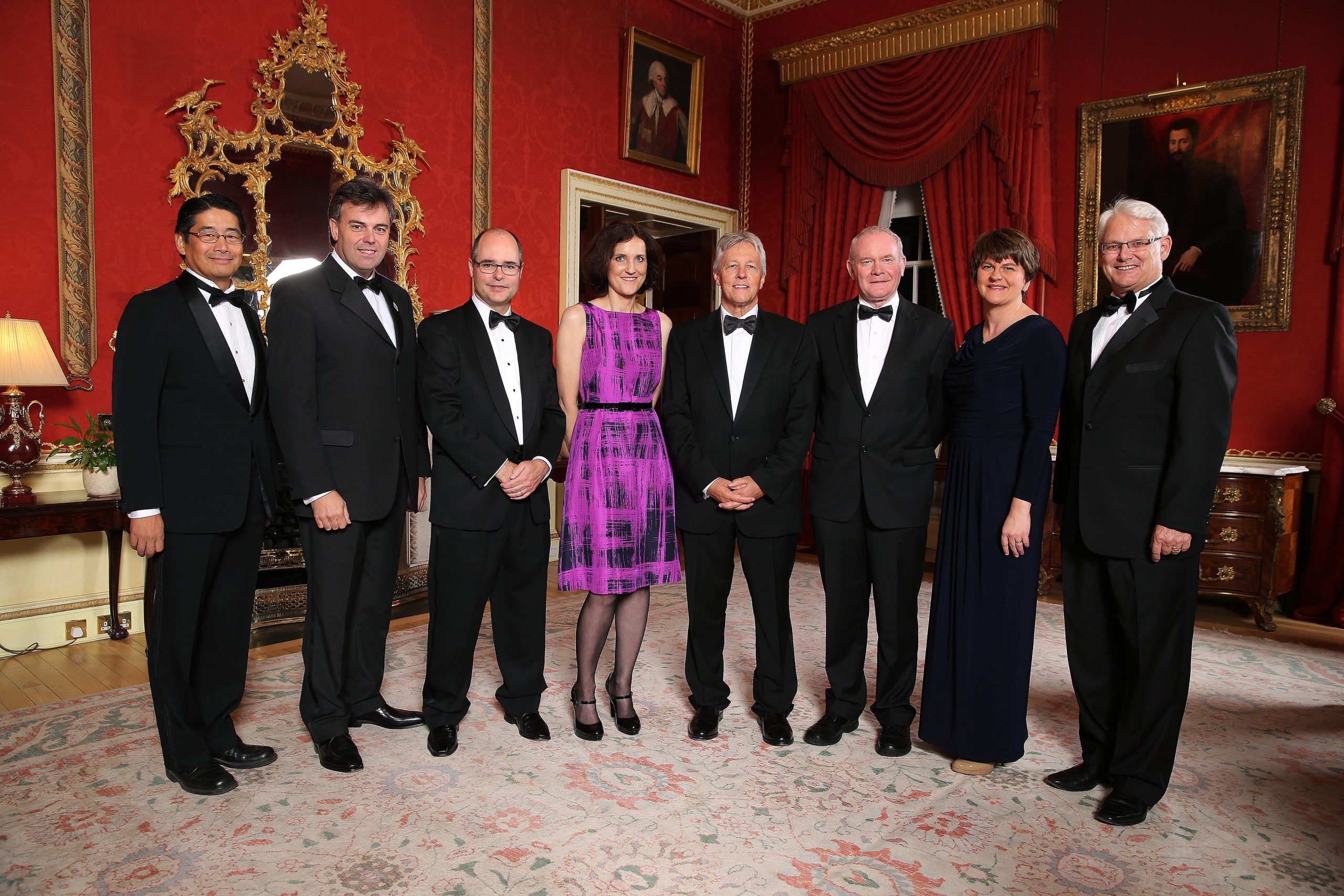 Pictured at the Gala Dinner at Hillsborough Castle this evening are, from left to right: