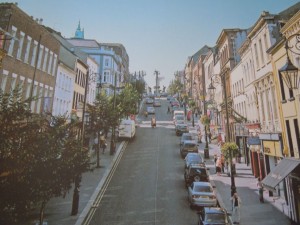 A man has been shot dead on Thursday morning.

Police have confirmed they received a call about a shooting incident in Derry’s Shipquay Street area at around 11.00 am.

The shooting is believed to have taken place in a flat at the top end of Shipquay Street.

Police are currently the scene and Shipquay Street has been closed off from The Diamond to Castle Street.

No further details are available.