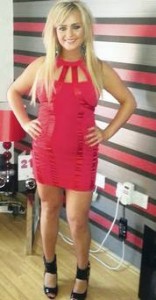 POLICE chiefs say the Ulster Volunteer Force (UVF) is at the centre of an organised crime investigation.

Members of the Policing Board were told by a senior PSNI officer at its monthly meeting that the largest loyalist paramilitary group was still heavily involved in gangsterism.

Last week, the UVF was blamed for trying to murder Jemma McGrath.

The 24-year-old care worker was shot five times at a house in east Belfast where she was staying by would-be UVF hit man.

She sustained gunshot wounds to her arm, abdomen and both her legs.

The head of the PSNI’s Crime Operations Branch, Assistant Chief Constable Drew Harris said: “The UVF very clearly have involvement in drug dealing, all forms of gangsterism, serious assaults, intimidation of the community.

Three years ago, the UVF on the Shankill Road shot dead loyalist rival Bobby Moffett after luring him into a double cross.

Almost a dozen UVF members and associates have been arrested and questioned but none has been charged with his murder.