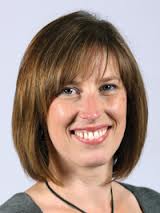 AN Ulster Unionist MLA has condemned as reckless those behind a weekend of violence.

Detectives were involved in separate investigations into stabbings, an attempted murder, aggravated burglary and grievous bodily harm over the weekend in Cookstown, Co Tyrone.

Eight were arrested following two separate but connected stabbing in the town on two men on Saturday night.

One man has been charged with attempted murder and seven others released pending further inquiries.

Mid-Ulster UUP MLA Sandra Overend said: “The people of Cookstown area will be shocked to hear the news of two separate stabbings in the town in the early hours of Saturday morning.

“The behaviour of those responsible is totally reckless, and I too am shocked and stunned that some think that they can get away with this sort of behaviour.

“I commend the PSNI on their swift action and hope that those responsible receive suitable punishment through the courts.

“I am aware that Cookstown experiences its fair share of anti-social behaviour at the weekends, 90% of which are drink-fuelled, but these incidents involving stabbings, attempted murder, aggravated burglary and grievous bodily harm put others into the pale.

“I would appeal for anyone who can provide any further information to contact the police immediately,” she added.