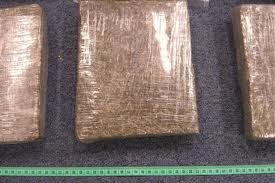 POLICE have arrested and quizzed three people after cannabis was seized during planned searches.

A quantity of a cannabis was seized by the PSNI’s Neighbourhood Policing Team in Portadown, Co Armagh.

The raids were carried out last Thursday, September 26, under the Misuse of Drugs Act.

Searches were conducted in the Garvaghy Park, Westland Road and Beech Park areas and cannabis recovered at each address.

Anyone with information about the illegal use and supply of drugs is asked to contact police in Portadown on 0845 600 8000.