ROAD DEATHS DROP BY OVER HALF IN PAST FIVE YEARS 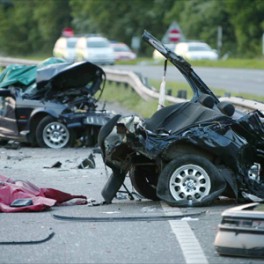 THE number of people killed on our roads has crashdropped by over half in the last five years, new statistics show.

Figures released by the Central Statistics and Research Branch (CSRB) of the Department for Regional Development show the number of road deaths occurring as a result of reported road traffic collisions has decreased by 19% from 59 in 2011 to 48 in 2012.

Road deaths occurring as a result of reported road traffic collisions have decreased by 55% since 2008 (107 deaths).

The pass rate for touch screen theory tests for private car drivers has dropped slightly from 61% in 2011-12 to 59% in 2012-13 continuing the recent downward trend in pass rates.