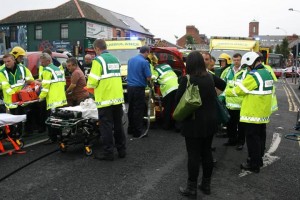 POLICE accident investigators are at the scene of a serious road smash in west Belfast.

Beechmount Avenue was closed and a total of 10 people have been injured, three of them seriously.

The accident happened around 10.30 am on Friday morning after a number of vehicles ploughed into each other.

The injured were taken to the Royal Victoria Hospital for treatment.

“We all worked well together and the scene was clear of patients within an hour and the Major Incident was stood down,” added Mr McPoland. 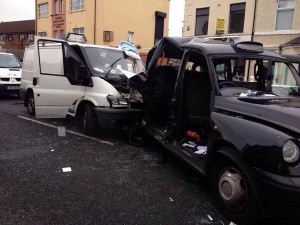 “Ten patients were taken to hospital, three with serious injuries.”

A probe is underway by the PSNI’s Collision Investigation Unit to find out how the crash was caused.