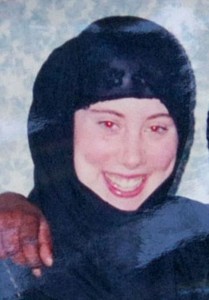 POLICE around the world have been put on notice to arrest a Northern Ireland woman wanted by the authorities in Kenya.

Ms Lewthwaite, dubbed the ‘White Widow’ and the daughter of a soldier who served in Northrern Ireland in the 1980s, was married to one of the four suicide bombers who attacked London on July 7, 2005.

Kenya police have linked her with Somali militant Islamist group al-Shabab which was behind the gun assault on the Westgate shopping complex in Nairobi which killed 67 people.

An Interpol statement said the 29-year-old was “wanted by Kenya on charges of being in possession of explosives and conspiracy to commit a felony dating back to December 2011”.

Interpol did not link the warrant to the Nairobi attack, but it comes after much speculation linking Ms Lewthwaite to events at the Westgate complex.

Kenya is continuing three days of official mourning for both the civilian and military victims of the siege.

Flags are flying at half past amid visibly tighter security around the Kenyan capital. Security guards were scanning passengers with metal detectors before they boarded buses.


One Response to BREAKING NEWS….INTERPOL IN HUNT FOR NI ‘WHITE WIDOW’ SUSPECT