WOMAN WAS BEHIND BURGLARIES AT DONEGAL HOLIDAY HOMES 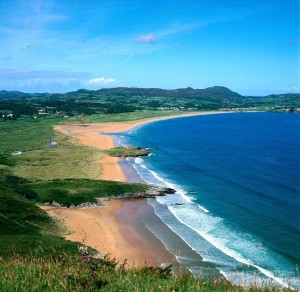 A JUDGE has reserved his sentencing on a woman behind a spate of burglaries and thefts from holiday homes in Donegal owned by people from Northern Ireland.

Theresa Campbell from Portsalon emptied homes of their contents in a series of raids – even taking heating oil.

During one robbery, she stole a washing machine, tumble drier, TVs, hair straighteners and even the linen off the beds, Letterkenny District Court heard.

A charge of carrying out an arson attack on her father’s home at Rosskirk – to defraud insurance companies – was withdrawn after the court heard her father had since died.

Inspector Harrison said Campbell, who is 42, stole a range of items from two holiday homes on the Lough Salt Road, Carrigart in September 2010.

The homes belonged to a woman from Belfast and Campbell helped herself to €1,700 worth of goods including the washing machine, a laundry basket and a kettle.

She also caused €300 damage to the property and emptied the oil tank.

She struck again at Eelburn Caravan Park the following month, carrying out burglaries at two caravans owned by a man from Co Down.

A TV, aerial, DVD player were among €560 worth of good stolen and €200 worth of damage was done to the properties.

In another raid the following month at Croaghross – in November 2010 – she stole tools to the value of €1,300.

Campbell also admitted driving while disqualified and the theft of oil when she was stopped in Kilmacrennan in October 2010.

Inspector Harrison said she had stolen goods worth €3,760 and caused damage to properties worth €900.

Solicitor Frank Dorrian said his client had a “simplistic” approach to life and described the case as “sad.”

He said Campbell hoped to pay back some of the money by letting land next month for which she would be paid €1,200.

Judge Kelly gave Campbell as six month suspended jail sentence for the driving offences June 2011, suspended sentence for previous pointing out: “She was given a 20-year driving ban in July 2008.”

The judge warned: “She is not to drive again.”

He adjourned the sentence on the burglaries until December 9.


2 Responses to WOMAN WAS BEHIND BURGLARIES AT DONEGAL HOLIDAY HOMES