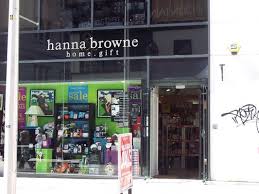 The future of Hanna & Browne house furnishings is now in doubt

THE axe is hanging over 100 jobs after a century-old Northern Ireland home furnishings chain went bust.

Hanna and Browne has closed its branches in Newtownards, Limavady, Lisburn and Bangor and been placed in administration after 110 years of trading.

Although none of the 100 staff have been made redundant, their future is now in some doubt.

The companies websites were also down on Tuesday night.

A message to visitors reads: “Sorry, our site is closed for essential maintenance.”

Administrator James Neill will make a decision within the next few days on whether to re-open the stores in a last ditched bid to save the business from total collapse.

He said he had been appointed following a “general downturn in trading conditions, coupled with a significant change in consumer spending patterns” which, he said, had led to cash flow problems.

“The administrator and his staff are currently undertaking an immediate assessment of the trading and financial position of the partnership with a view to maintaining the going concern of the business,” he said.

“Once this is complete we will have a clearer picture of future options.”

The administrator said the immediate priority was to communicate with key stakeholders of the business including employees, customers, suppliers and landlords.

Hanna and Browne started as cabinet makers in Belfast more than a century ago, before shops opened specialising in giftware and electrical appliances.

It is now part of the family-owned Lisnasure Interiors group of companies.