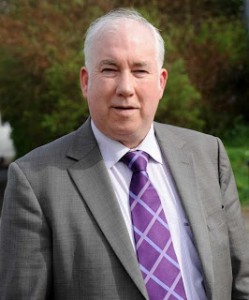 SENIOR SDLP figures have been appointed to key roles for the party by leader Alasdair McDonnell.

West Tyrone MLA Joe Byrne will join Alex Attwood MLA for the SDLP at the Haass talks next week on flags and parades.

Dolores Kelly, the party’s Upper Bann MLA is rejoining the policing board.

It follows the decision last week by the party’s south MLA Conall McDevitt to quit politics over an engulfing payments scandal.

In a statement, Dr McDonnell said: “As a former policing board member and party chairman Joe has displayed an outstanding work ethic and commitment to resolve the challenges this society faces.

“Joe will provide a strong voice for ordinary people whose lives are so negatively affected by ongoing conflict and contentious parades.”

On Ms Kelly’s re-appointment to the Policing Board, the south Belfast MP said: “She brings significant experience to the role and will provide strong leadership and strong representation for the SDLP but more importantly for all of the people of this region.

“We are facing challenging times in terms of how we are policed and I am confident that Dolores will provide the necessary leadership.”

A new MLA to replace Mr McDevitt in south Belfast is expected to announced next week.

Nominations for the position to the local constituency association close this Friday.

Among the front runners are Belfast councillors Claire Hanna and Pat McCarty, the former lord mayor of Belfast.