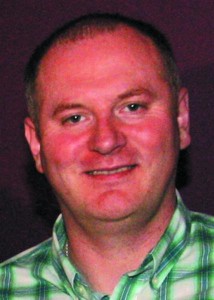 The fire gutted a chip shop, a taxi office and a convenience store at the Colin Centre on Pembroke Loop Road, putting 30 people on the dole.

Rubbish had been stacked up at the front of the properties and then set alight.

Local Sinn Fein councillor Stephen Magennis said jobs will be lost as a result of the arson attack.

“There’s going to be over 30 people made unemployed out of this,” he said.

“Residents are up in arms about it because obviously they’ve been suffering with ongoing anti-social problems and this really has been the final straw.

“They’re looking action taken, they want these people arrested and brought before the courts.”

Police have appealed for information about the fire.