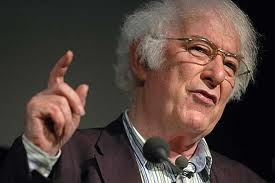 The funeral for Seamus Heaney will take place on Monday

POET SEAMUS Heaney will be laid to rest in his native Derry on Monday.

Funeral arrangements for the 74-year-old, who passed away unexpectedly yesterday after a short illness, were announced on Saturday morning.

His remains will be removed to the Church of the Sacred Heart in Donnybrook, Dublin on Sunday evening, 1 September at 6.45pm.

The Funeral Mass will be held on Monday morning from 11.30am at Donnybrook before a burial at Bellaghy Cemetery in Derry at about 5pm.

Hundreds of people are expected at the funeral with many politicians from north and south of border planning to attend.

Heaney is survived by his wife Marie and children Michael, Christopher and Catherine Ann.

A Book of Condolence will be opened by Dublin’s Lord Mayor in the Mansion House at 10am Monday morning.

The public will be able to sign it between 10am and 5pm on Monday, Tuesday and Wednesday.

Another Book of Condolence has already been opened in the Guildhall in Derry for the citizens of the city to pay respect to their local hero.

In Belfast, a Book of Condolence will open at City Hall on Monday from 9.30am.